doing a showwwwwwwwwww
it was a nice/sweet day.
Posted by LURK. at 6:53 AM 2 comments:

Gifts for the 3am kids. 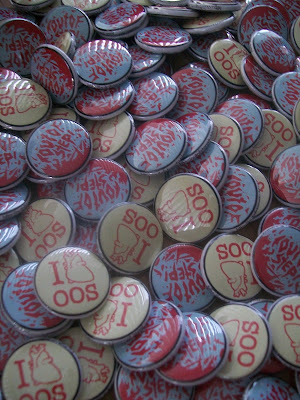 
CPC Gangbangs
a Montreal, Quebec-based garage punk band, with members of Les Sexareenos, The Spaceshits, Daylight Lovers, Grime, and Milky Ways. but in 2008 they broke up.

in 2007 they released there first and only LP mutilation nation.

"While faithful to the sound of garage punk, CPC Gangbangs incorporated elements of space rock and thrash metal into their music- wikipedia"

i personally tell people its just like the rolling stones if they where garage punk.
the LP has strong swing and blues sounds with angry vocals and fast drumming with plenty accents and technical patterns to stop it being lumped into generic punk drumming as also the guitars have psychedelic riffs as well as the base blues influence punk riffs.
although together from 2005-2008 they released all there recordings in 2007

guitarist and vocalist Paul Spence, famous for co-starring in the mockumentary cult classic FUBAR: The Movie. CPC Gangbangs became a staple on the Montreal scene by virtue of both recordings and live shows.

Following the departure of key members and the arrest of another in the USA, the group disbanded. The core of the band has since formed a new outfit under the
name Red Mass.

all in all a great LP and worth getting.
one of the best bands ive heard in months

due to me printing out pictures of admaral ackbar im sorry for ruining the good half of the show. next week i intend to play shit all and go cry in a corner.

the one hour and twenty minutes of the podcast can be downloaded here.
http://www.archive.org/details/170709
Posted by LURK. at 11:28 AM No comments: 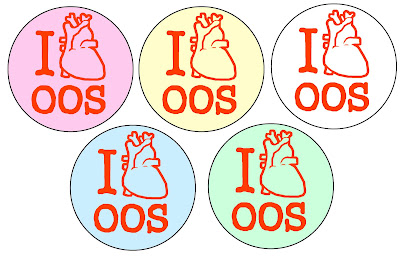 badges for the ladies ^^
if blood splatter aint your thing.
Posted by LURK. at 12:06 AM 2 comments: 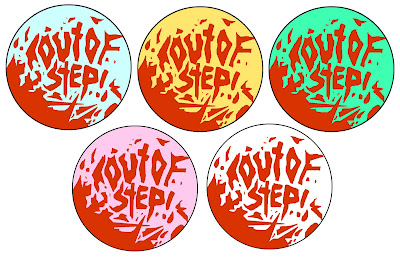 badges maybe. im working on other designs now ^^
what do ya think?
Posted by LURK. at 9:00 PM No comments:

surprise we have our own page on the RDU website =D
also the new out of step poster... maybe
and the old one cause i never put it up on the blog =P

http://www.rdu.org.nz/258.html
i didnt write the description =P
and once the hosts get together and write one that will be there instead. 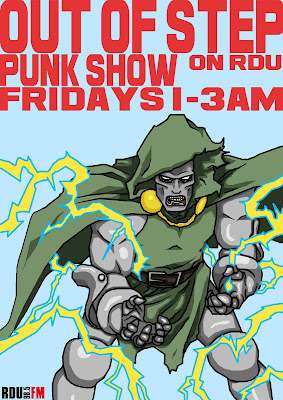 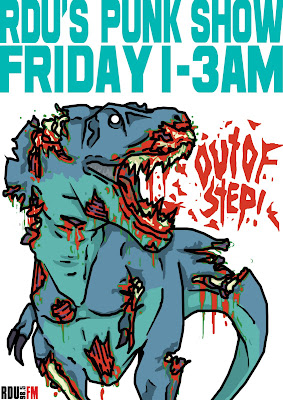 rest your head on this heart of mine 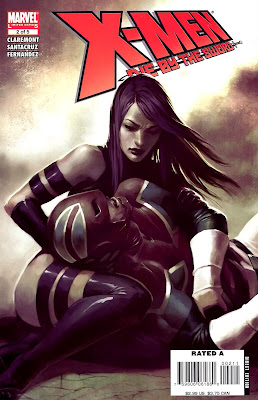 not only a preview of my choice for this weeks punk love songs but a few more then what i have time to play! why? cause its gona be my mixtape playlist.3
credit to flo for helping me decide what songs are more romantic
( i wana fuck or erection by screeching weasel etc )
also i use audio archive for this since media fire has its problems and audio archive has a crap layout but its never let me down.

so ladies.
if your well impressed by this playlist and my x-men picture.
be sure to contact me.

:girl: "die by the sword x-men?!? why thats the exiles cross over!!!"
:hollan: "yes." ( i have the entire exiles comics ^^ )
:girl: *swoon* "also Your Werewolf Tattoo Would Look Better If You Took Your Shirt Off by outclassed is the most romantic song ive ever heard."
:hollan: "to the max"
:narrator: "and they lived happily ever after"
*credits roll*
*My Baby Wants Me Dead by Vivian Girls starts to play*

feel free to make a short film using that script.
if any one actually did them we will link that shit hard on the blog.

i say pod and you say cast! POD! 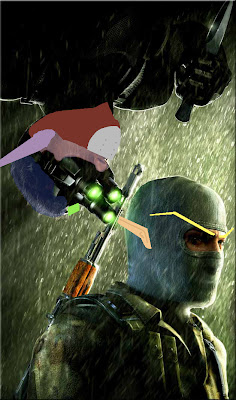 CCP!
christchurch city punks where out on patrol tonight!
Fucked some shit up!
got drunk!
and played soccer on bikes kinda.

tonight 12 of our friends hit the streets singing songs and drinking booze.
we went to 2 parties and biked around half of Christchurch.

im re uploading the podcast for those that had problems. ( flo and nick )
thanks to you guys im now waiting 2 hours before i go to sleep.
Posted by LURK. at 5:30 AM 1 comment: 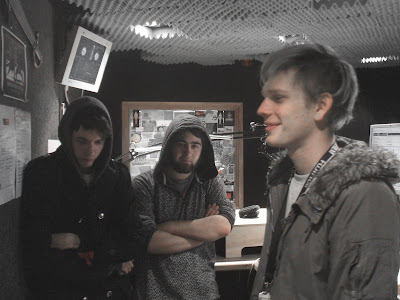 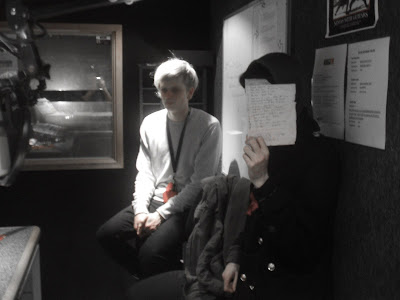 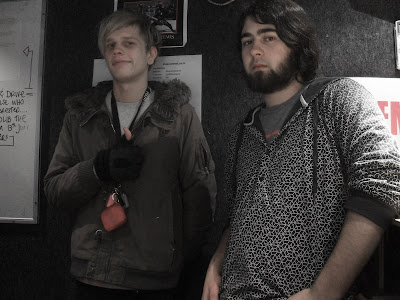 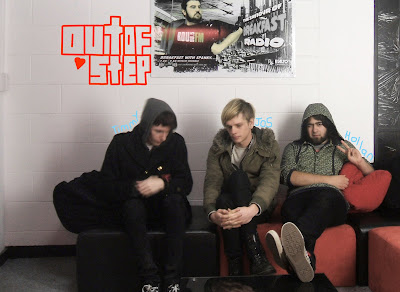 pretty good show last night/morn ^^
after the show in stead of bikng home jos gave me a lift... kinda.
i just grabed onto the side of his car as he drove.
it was badass.
i spent all last night editing the podcast.
i just woke up. i went to be at 7am and its now 3pm =P
anyway you dont want to hear from me so il jsut post some pics and a podcast.
if you want all the pics add me and timmy on facebook cause im uploading all of them there.

timmy is on time and jos and hollan were early but dan is absent =O
not enough punk love songs.
not enough songs about pokemon.
Posted by LURK. at 6:08 AM 2 comments:

This small creature was lucky enough to be rescued yesterday.
Even luckier, his new home is in the arms of a truly lovely person. 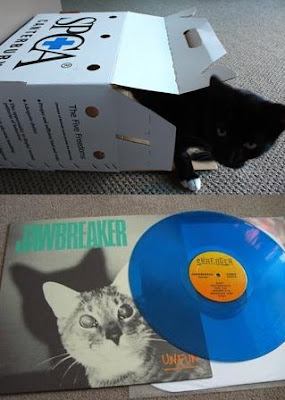 My song selection this week is dedicated to Salem the cat, and the SPCA for their work.
Expect a mixture of Washington DC classics + unsung bands who deserve your attention.

I'm certain that the other three hosts have their own surprises too...

Adieu until tomorrow, sweet tender hooligans (and/or light sleepers).
1:00am - 3:00am. Streamable via www.rdu.co.nz

new kids on the blog. 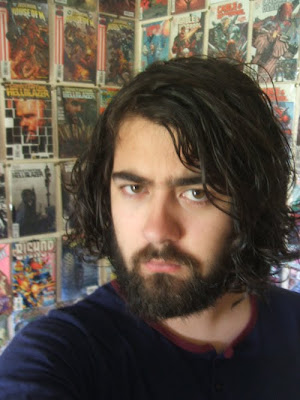 had to host a image =P

ZOMG first podcast.
only hollan and Jos tonight and and timmy had better things to do.(sleep and work)
3rd show.
still havent had all the hosts on one show at once ='(
SO pod cast.
we will have two versions of the podcast the normal and the deluxe editions.
the public version and the SPECIAL V.I.P edition including signed pictures, hand written letters,poetry,special packaging made by fran and tnealle,burnt to DVD with video footage of the show/interviews with the cast,cell phone numbers/adresses,hot dates and some other crap like singles,photos(unsigned),reviews and shit.(not real shit =P)

once we get out shit together we will get singles from Big record companys,and maybe even interviews.