40oz Freedom Fighters - Folk The Polic
Against Me! - Scream it Until You're Coughin'
Ghost Mice - Up The Punks
Defiance Ohio - Tanks! Tanks! Tanks!
Wingnut Dishwashers Union - Reason to Breathe
This Bike is a Pipebomb - Casey Jones
Beyond Pink - Where Eagles Dare (Misfits)
Man Made Hell - Vipers
He is Legend - The Seduction
A Dying Race - Without a Say
Dogwood - We Cry Victory
Above This Fire - Miles Apart
-j

fugazi - i'm so tired
young widows - the heat is here
the gordons - futureshock
black flag - depression
indian summer - millimeter
fugazi - afterthought
void - who are you / time to die
the wipers - pushing the extreme
scream - came without warning
fucked up - magic word
the thaw - this this is your bystander defect
the untouchables - nicfit
bikini kill - jigsaw youth
coalesce - bob junior
-t
LCD soundsystem - no love lost
Posted by LURK. at 5:07 AM No comments:

podcast for the 23rd

Hard copys on colored floppy discs!
Posted by LURK. at 3:00 PM No comments:

il have you naked by the end of this ROM

christchurch Folk punk band. have been rocking the local gigs for a while and playing renegade shows in parks ETC have a big following of fans but no recordings.
they just released 2 songs today! but there badly recorded hopefully thel keep it up and make some better recordings soon.
Posted by LURK. at 12:42 AM No comments:

also me and jos need a name for a folk punk band.
we think capcom (insert a word) would be good.
so far we have capcom hooray or capcom fans.
but any sugestions would be rad.
i liked go team venture the best but then theres already the go team and jos doesnt watch venture bros?
yup.
Posted by LURK. at 2:39 AM 2 comments:

JIM WAS VOTED OFF BEAUTY AND THE GEEK! =O

The legend of James “Jimmy” Babcock, Bedford’s best-known geek, is about to soar to a whole ‘nother level.

“He is remembered for being extremely good at math, science, and especially chess,” said fan-club creator Charles Connell, 17, a junior at Bedford High School. “People still talk about him here, even though they have never met him, as being the smartest student ever.”
If his academic exploits and chess prowess have earned him Facebook fan clubs and the dubious honor of having victorious BHS math and chess teams chant “Baaaab-cooock” after matches, one can only imagine what they’re going to say about Babcock being shacked up in a mansion with a Playboy Bunny, a Hooters hostess, a Hawaiian Tropic model, an extreme sports model, a runway model, a Navy diva, a daddy’s girl, an aspiring soap start and one tough mama.

Babcock, a 2004 graduate of BHS and grad student at Cornell University, is a contestant on the upcoming season of “Beauty and the Geek,” a reality TV show on the CW that teams attractive, academically challenged women with smart but socially awkward men for a series of challenges that require their partners’ expertise. The team left standing at the end of the 13-week series wins a $250,000 grand prize.
Season 5 premieres Tuesday, March 11 at 8 p.m.

“He’s [Babcock is] certainly the most interesting kid I have ever taught in 25 years,” said Sean McGowan, a physics and computer science teacher at BHS. “It’s a combination from his ridiculous academic aptitude and his geekiness. He has a unique personality. He was your prototypical geek, and he kind of relished the role. He knew it – it didn’t bother him.”
McGowan, who also led Babcock’s math and chess teams, said he still talks to his former student by e-mail every once in a while, and plans to watch Babcock try his hand at reality TV stardom.

“It’s going to be a blast. I always got along with Jimmy. I like him as a person. He was always fun to work with,” he said. “You really have to know him. He’s a nice guy and he’s unique. When they said he had an interview with ‘Beauty and the Geek,’ I knew he was going to make it.”
As for whether Babcock is the smartest-ever student at BHS, McGowan says he “is certainly in that conversation,” but Babcock’s mother, Judi Babcock, says her son didn’t work too hard academically, especially in subjects he was not interested in, had many intellectual equals and barely ranked in the top 10 percent of his class.

According to Judi Babcock, Jim (the nickname“Jimmy” stayed in Bedford when Babcock left for Ithaca, NY) was outgoing as a young child, but became somewhat of an introvert in upper elementary school, entertaining himself by playing on a computer or building Legos.
He was a four-year-old who could to do simple mathematical word problems in his head and instantly grasped the concept of multiplication. A year later, he drew a house showing two sides, trying to show perspective.

“He was precocious in his vocabulary, but no child prodigy,” Judi Babcock said. “Except at programming computers.”
She remembers her son, at age 7, designing levels and writing hundreds of lines of code for a computer game he liked. As a fourth-grader, Babcock taught himself Visual Basic using a 4-inch-thick manual he would read during sustained silent reading – his teacher told the Babcocks they should encourage their son to take up a sport.

Babcock graduated from Cornell in three years. He enrolled with 26 credits of AP courses, including multivariate calculus and number theory, which were taken online through Stanford online when he was a senior in high school. He is now in the university’s one-year Master’s program in computer science, but took the spring semester off to do “Beauty and the Geek.”
His parents, Judi and Robert “Bob” Babcock live on Sweeney Ridge Road, where they have been since 1999. They lived on Reeves Road prior to that. Jim, an only child, splits his time between Bedford and Ithaca.

When filming wrapped last week, Babcock returned to Ithaca “to work on his thesis and socialize until summer,” Judi Babcock said. Then, Jim plans to return to Bedford and hopefully work as a programmer until he goes back to Cornell for the fall or spring semester of next year.
Posted by LURK. at 2:40 AM No comments: “Yeah, if someone's selling downloads and collecting money for our songs I would be unhappy about that but if they're trading it I don't mind, obviously if I make a thousand records or CDs or whatever, I like to sell a thousand."-Ian MacKaye
Posted by LURK. at 2:45 AM No comments:

diclaimer: timmy accidently played the wrong playlist (a mixtape for a friend instead).
Posted by LURK. at 5:04 AM No comments: 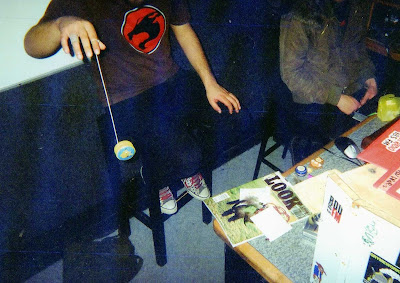 HACKing and SLASHing through blogs!

A few new things to share this week.
firstly
http://freecomicsmanga.blogspot.com/search/label/Hack-Slash WOW great comic.
a goth chick that was bullied at school and a muscular freakshow go about brutally killing murderers thus make the world better one violent killing at a time. 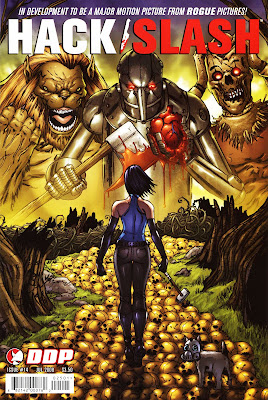 http://bloodjunkies.blogspot.com/2009/01/simpletones-kirsty-q.html
good EP not sure if i wana get there full cds though.

THANK YOU bloodjunkies for the sweet bands
www.bloodjunkies.blogspot.com
thodjunkies.
Posted by LURK. at 5:45 PM No comments:

PODCAST for the 1st OOS!

Defiance Ohio - Oh Susquehanna
Posted by LURK. at 5:08 AM No comments: